*This show is NOT elligible
to use "the one free ticket"
benefit included in the
Friends of Burrinja Membership.

One album. Two men. Too many instruments.

Ask anyone who grew up through the 70s and they will know Tubular Bells. Composed by Mike Oldfield in 1973, the first album to be released on Virgin Records, and gaining even more popularity when its opening theme was used for the soundtrack to the film The Exorcist. Now, more than 40 years on, two Australian multi-instrumentalists are presenting this modern masterpiece in a challenging live event. So what’s the catch?

Unlike Oldfield’s multi-track recording technology, in Tubular Bells for Two there are only two men on stage with only four hands and four feet between them. It is an intricately choreographed, thrilling piece of tightrope theatre. Things can go wrong at any moment, and the slightest mistake or misplaced limb can bring the entire show crashing to a halt. Tubular Bells for Two is a multi-award winning, internationally acclaimed musical act that is guaranteed to keep you on the edge of your seat.

“The musical equivalent to the triathlon. A must see and hear!” ★★★★★ The Scotsman 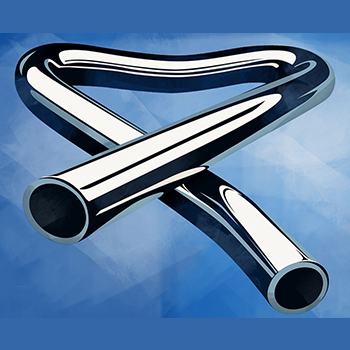